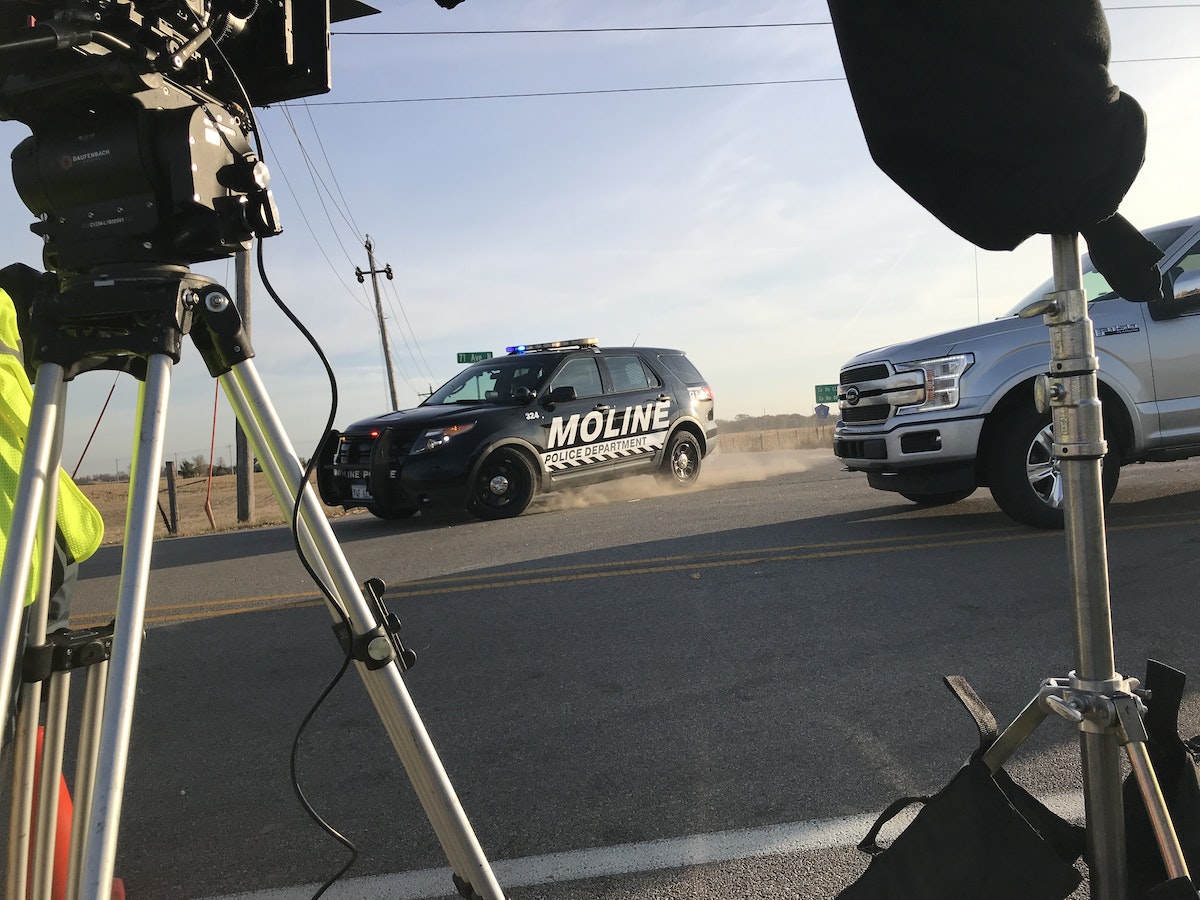 EP Greg Malone took a minute from his schedule producing sponsored content to spend a couple of weeks in the Quad Cities of Illinois/Iowa, producing second unit for the new Farrelly Brothers Quibi show, "The Now," starring Dave Franco, O'Shea Jackson, Jr., Darryl Hannah and Bill Murray. The main unit filmed in Vancouver, but the story takes place in Moline, Illinois...and Greg put together a team of Hoosiers, Chicagoans and Quad City folk to capture the essence of the place.  The highlight was shooting stunt drivers speeding through fields and small towns as one character is rushing another to the hospital.  (Don't worry, it's a comedy and there's not a big body count.)  Quibi is a new streaming service coming to your phone in April.